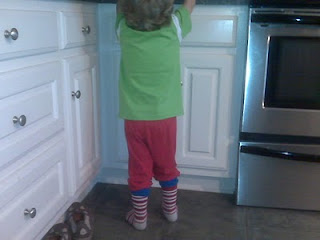 Elijah has the nickname Jidge bc he used to say his name was I-jidge-uh. Isaac has the nickname Berg bc we used to call him Ikeyberg... And then just Berg.
That's it for nicknames amongst the Sanders clan- at home anyway. Apparently Noah is called 'Nubby' by some friends at school bc he was chubby in K4... The N being for Noah.
Sent via BlackBerry by AT&T
Posted by becca at 11:52 AM