Got a great thing today... 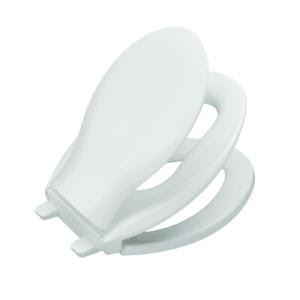 Used to have one of these... 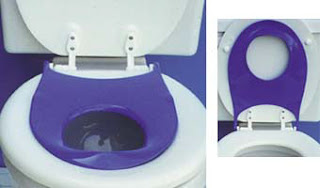 but I don't know what happened to it. When searching for another, I found the Kohler version seen above. Apparently they had it at Home Depot. Off I went... right there in the midst of the aisle was a stack of the "Next Step" brand. Looked basically the same, only cheaper (you can see it here ...that is not my bathroom) Put it on the downstairs toilet as soon as I got home. E has already christened it. The frog potty is THE BEST for a boy. Always had a problem with a boy getting hung up on the splash guard or it being worthless. I like to use the little potties in the beginning... so it is as close as possible... then I move it to the bathroom... and then onto the big potty. E is excited about his new seat. I need a stepstool though... wish I had an IKEA nearby... like how this one curves... The one I have can flip.
STILL do not know what I'm doing with Levi this fall (in uh... less than a month... YIKES) I really want someone to keep him in their home... but so far, no luck. I've heard of some folk, but it would involve me driving pretty far... which means more time away from Levi. So I'm searching for someone closer to church/home/school.
Remember typewriter guy on Sesame Street? In one episode, he types an m for macho... and then a macho guy comes out. It is on the old school Sesame Street DVDs. E was acting like that macho guy when we were at Target today. He was in the cart, I was checking out. He kept saying "macho" in this "I'm so cool" voice. It was pretty cute... only he had on Abigail's purple lace gloves. I should have taken a picture... or video.
Posted by becca at 6:42 PM